Professionalism and Integrity in Construction

Full planning permission has been granted on our application for a block of family apartments. They are to be built at one end of a row of Victorian terrace houses in Poplar, London E14.

To Pre-App or not to Pre-App

We wanted to have a conversation with the planners to show how our plans optimised the potential for delivering the type of residential units much needed in the Borough. So, we took the decision to have a Pre-Application meeting with the Local Council planning department.

We took the planners on a journey of how the design had been conceived and evolved. The first image above shows the the design of the proposal as submitted for a 4 storey building. We discussed with them how we planned to overcome a number of challenges, including:

The three planning officers attending the meeting generally liked the scheme proposal, feeling that it was a good use of the site.  It fitted in with the surrounding properties. They noted that our consultation with local residents had found that there was support of the scheme in the community. Ideas for improvements and possible changes were fully discussed.

The outcome of these discussions with planners took us slightly by surprise.  They suggested that we revise the plans in order to add an additional storey on the block – taking it to a five storey building!

The benefit of a Pre-Application Planning meeting is that there is the chance to discuss the proposal in detail.

“A Pre Application Planning meeting was definitely the best way forward on this proposal. It was great news that local planners were so supportive – enabling us to provide more family apartments than originally planned within our development. We will be starting the construction work on this exciting project within the next few months, creating fantastic family accommodation for Londoners.”

Send a Message
Back to top

Although I did not know them before awarding them the contract, I can say at the end of this project that I made a good choice in selecting the Kisiel Group team.  They fully understood what I was trying to achieve and so their feedback on design and their professional advice was spot on.  A speedy response to any issues helped to keep the project on schedule.

Their finish is incredible, this has been confirmed by our buyers, estate agents and other contractors who have seen the properties.  They were very helpful assisting us with design decisions and solutions. 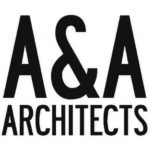 Kisiel Group did a great job on a challenging project in  London.  The project included a full internal refurbishment, rewiring, plumbing etc, a new contemporary extension to the garden and a basement under the garden linked into the main house.  This complex and demanding project was handled very well by Lukasz and his team and the client is very happy.

I was really impressed with how well Kisiel Group completed my basement.  The management team and the builders provided a really top quality finish, and some great suggestions to improve the layout.  First class service! 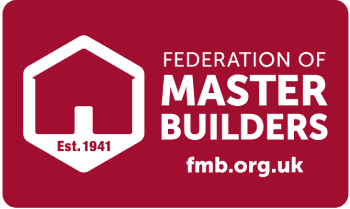 Please fill out the form below

We aim to reply within 24 hours

This form collects and stores the information provided by you, so that we can contact you about your requirements. Please read our privacy policy for full information on how we manage and protect your submitted data.